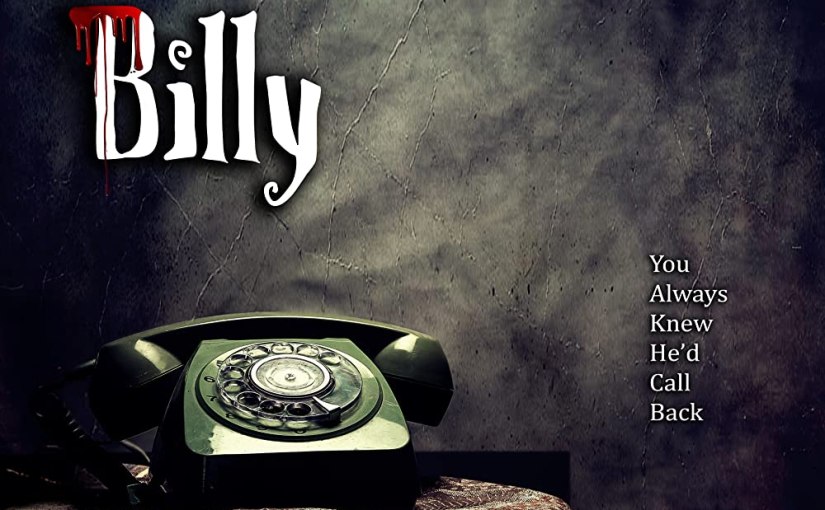 (Editor’s note: Film critic Armen Steckler-Briggs is unaware of the 1974 film Black Christmas. He has also recently been institutionalized for excessive glue sniffing. Keep this in mind when reading the following review.)

Well … here’s something new. Just when I thought I’d seen it all, here comes It’s Me, Billy, one of the strangest sequels (or films) I’ve ever seen–and maybe one of the most brilliant.

Written and directed by Bruce Dale and Dave McRae, It’s Me, Billy serves as both a fantastically realized slasher film and (get this) as a sequel to the 1979 family classic Black Beauty. I know what you’re thinking. Believe me, I felt the same way at first, but, as crazy as this premise sounds, it works … somehow.

In this iteration, Black Beauty (the equine hero from the original film) has gone all Travis Bickle after years of being forced into servitude as a racehorse. That’s right, this beauty is pissed and it’s time for someone to pay. Victoria Mero stars as the granddaughter of Alec Ramsey, the man who initially befriended Black Beauty before ultimately betraying their friendship and exploiting the majestic creature for financial gain.

Here’s the story: After learning that Alec Ramsey has passed away, Black Beauty devises a plan to do away with as many surviving Ramseys as possible. He begins by inviting Ramsey’s granddaughter (Mero, in a devastating, gritty performance) and two of her besties to Ramsey’s house for some good old-fashioned Christmas spirit. This is when the film takes a turn away from the spirited family friendly adventure of the original in favor of a dark examination of why good horses go bad. And believe me, this horsey has indeed gone bad. Now referring to himself as “Billy,” Black Beauty embarks on a murder spree, picking off his victims one at a time until his blood lust is satiated.

This is where It’s Me, Billy mutates into a postmodern masterpiece. The film forces the viewer to ask some pretty tough questions like: Is “Billy” a character Black Beauty plays in order to psychologically distance himself from the violence he is about to commit? Or is “Billy” a more permanent manifestation of Black Beauty’s fractured psyche? Has “Billy” completely taken over Black Beauty so completely that Black Beauty no longer exists at all? Or does “Black Beauty” now exist in the mind of a fully realized Billy? The answer really doesn’t matter because you get to see a horse kill people.

Honestly, after watching this film, I have to put Billy up there with the greatest screen killers of all time. After all, Norman Bates is scary, but he isn’t a freakin’ horse. I mean, imagine you’re in a big scary house at night, settling in, getting ready for bed … And then, out of the shadows comes a knife-wielding horse. Let’s be honest, the heart attack will get you long before the serial-killing horse.

Dale and McRae do a good job of keeping Billy/Beauty in the shadows, never allowing too much to be seen. We don’t hear any neighing or the clippity-clop of hooves hitting hardwood. That would be too obvious. (For the record, we also never see any big, steamy horse poopies, either. That would have been gratuitous and silly.) No, instead we are treated to a subtle, terrifying film that works as both an experiment in pure terror as well as a treatise on equine mental health issues.

I give It’s Me, Billy a perfect five stars out of a possible five.